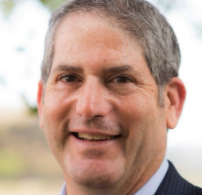 SFOS President
​Jeffrey Mark Harris, MD, PhD is a board-certified clinical immunologist who was on faculty at UCSF’s Division of Immunology, Rheumatology, Allergy and HIV in the Department of Pediatrics and a scientist at the Gladstone Institute of Virology and Immunology where his clinical and research interests included assessment of human thymic function, HIV vaccine development and the diagnosis and treatment of immunodeficiency disorders. He has worked in biotech since 2003, most recently at Denali Therapeutics focused on bringing new treatments to patients with neurodegenerative disorders. He has been involved in new drug development for asthma and other respiratory and immune-based disorders, including inflammatory bowel disease and multiple sclerosis.

Jeff’s interest in orchids arose over 20 years ago while in graduate school in Florida where he met long term friends who were already orchid fanatics, who gave him orchids as gifts, as well as invited him to travel with them on orchid/hiking tours to various places including Costa Rica, Ecuador and Borneo. As his own collection of plants grew, he was compelled to set up a warm-intermediate greenhouse in his backyard where he could more successfully grow and bloom a variety of orchids. He also has a small outdoor cool-growing "fog-house" area under his back deck for growing Draculas and other pleurothallids.

Jeff has been a member in AOS and SFOS since 2009, was SFOS treasurer from 2012-2014, SFOS Vice President and newsletter editor in 2017-2018, and has served as the SFOS President since 2018. Jeff hopes to enable SFOS modernize, re-invigorate and grow it’s membership, leadership pool and programming efforts aimed at not just appreciating and growing orchids, but also helping to conserve them and their natural habitats.